In 2001 Tom Williams co-founder Point Forward, “a pioneer in helping companies understand the texture of human experience and why it matters to their business”.

Sixteen years earlier, In 1985, Tom worked with me on a project at the Herman Miller Research Corporation in Ann Arbor. We were doing a project with the Burroughs Corporation in Detroit, MI just before they merged with Sperry to form Unisys. We were trying to understand how the personal computer was going to impact the nature of office work and the environments in which it would be done. 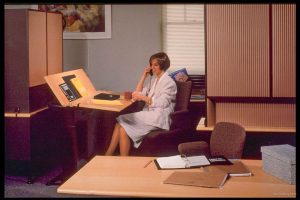 We set up a tricked out office suite for 10 members of Burrough’s industrial design and human factors group – with networked personal computer in each cubicle made easily moveable and adjustable on a system of rails and pneumatic lift arms. For 2 weeks we observed them at work taking photographs of every workstation from two angles at 15 minute intervals. We gathered mountains of data and concluded that computers were going to increase the volume of paper and reference materials that would be littered around the office.    We were right about that but that wasn’t enough to save Burroughs. Geoff Hollington drew on our insights to design a desk with an adjustable display shelf built in.

END_OF_DOCUMENT_TOKEN_TO_BE_REPLACED

Maria Giudice has been a longtime and powerful advocate for design insight, if not designers themselves, to be in the C-Suite. She drove this point, and more, home to students of DSN 328 at Hult International School of Business.

Jonah Becker is SVP of Design at Fitbit, the Silicon Valley pioneer of fitness tracking devices who are in the process of being acquired by Google. He joined the company originally to help them build an in-house strategic product design capability that is essential for brand leadership.

The career trajectory that he described in introduction perfectly parallels  the evolution of the design industries that occurred through that time. It began with formal training as an industrial designer at CCA, an internship with me at Praxis and then a full on ID job with Frog Design just as they were beginning to ramp up their digital media design and innovation services.

A stint with his own product innovation agency, One and Co., led to acquisition of his firm by HTC the Taiwanese mobile phone maker where he broadened his design leadership portfolio to include brand design, which he has not expanded to include the entire suite of UX design components – app design, web design, content creation – on the team of 75+ designers at Fitbit. As he narrates on, his role is now as much facing the executive team and their strategic needs as it is directing his team in hands on projects.

One of the most significant ways in which design practice has changed as we have shifted the way we think about design and expanded the design franchise into unlikely places, is in the distinction between “strategic” and “tactical” design. Nowhere has this been more thoroughly expressed than in brand design. People still confuse particular artifacts – logos for example – with the broader strategic body that it forms a part of – a reputation system know as its “brand”. Or as Jacques describes it “the promise a company makes to its customers”.

In an engaging presentation to my “Design for Business Leaders” class at Hult, Jacques draws out this distinction with examples from the work he has done at the Voicebox agency, and a deep dive into the case of Naked natural juices for Pepsico. 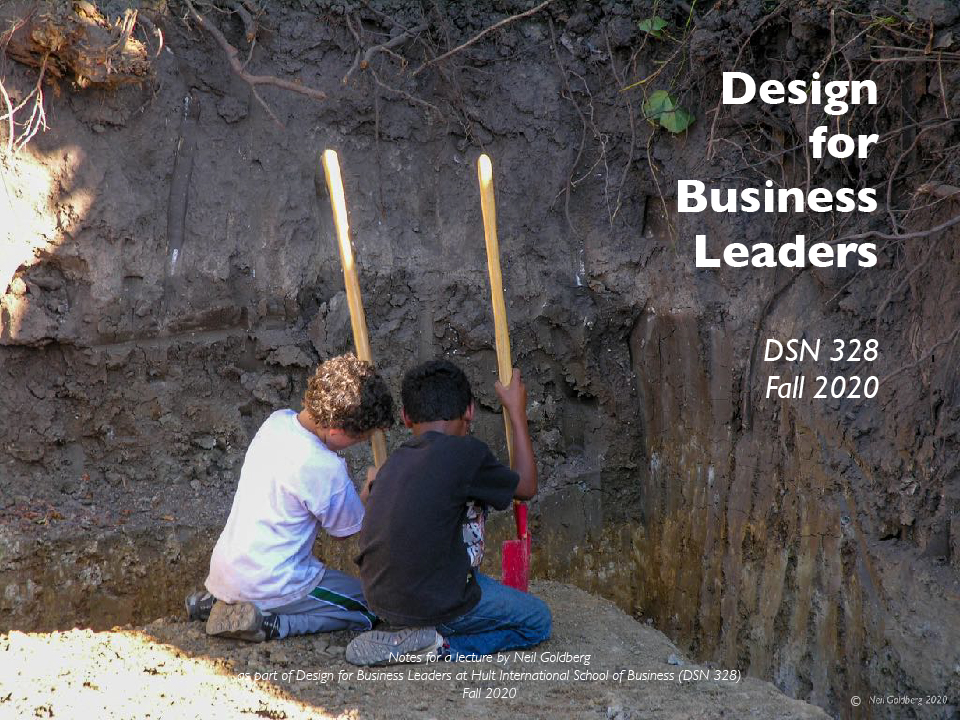 I have begun teachng a new course at Hult International School of Business. Hult is developing a minor concentration in design across six campuses around the world. My understanding when they contacted me was that they wanted a primer on design thinking, similar to what I’ve been teaching at San Francisco State University. But as we discussed and explored it became apparent that they were looking for something different – a primer on graphic design.

This isn’t what I do, nor do I think it is entirely relevant for business student – it takes a student in a design school four or more years in a structured studio environment to learn professional design skills. A business student taking one or possibly two classes with graphic design assignments in a forward facing classroom, let alone on Zoom, could barely expect to come proficient enough to do much more than brush up their personal communications – which is a laudible goal, but not in my opinion enough to warrant a full semester in an elite institution. Hult students needed something better.