Neil turned research into emerging mobile work patterns he had done for the furniture industry into a new service and business model that combines the best of cafes, technology incubators and social clubs to create Gate 3 Workclub in an Emeryville/San Francisco warehouse.

Neil assembled a design, marketing and operations team to create and launch the co-working prototype in less than 9 months, with investment from Herman Miller, the workplace design brand.

After being received with great acclaim, the Workclub became a prototype for the co-working industry that has emerged since 2004 when it opened it’s doors. Today there are over 700 co-working locations in the US, and thousands around the world with more opening daily. The space is 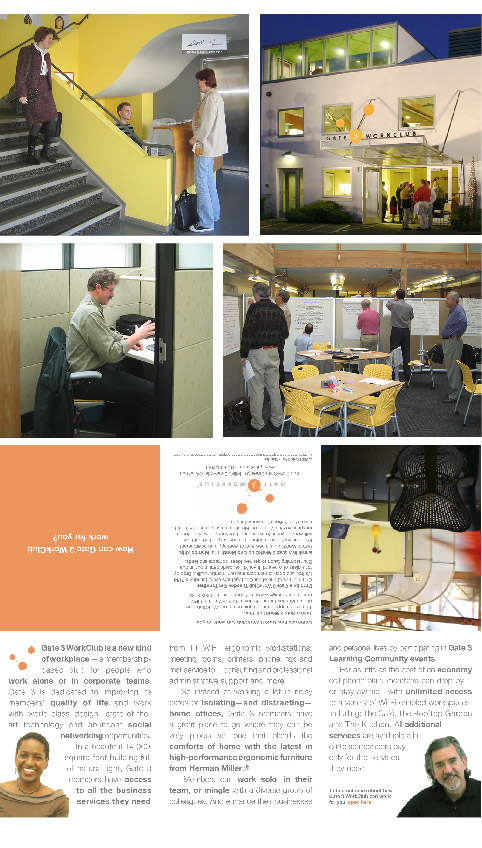 busy with independent startups, ventures like Steelcase’s Workspring and major players in the serviced workspace industry like Regus and Pacific Business Centers developing co-working offerings of their own.

“I started to use Gate 3 sporadically as a place to finish my work day—emails, phone calls, and meetings with people who lived in the North Bay. Now it’s a normal part of my routine—I come here for the last hour or two of my work day four or five days a week when I am in town. Everyone I bring here loves it. The flexibility is amazing. The people working here are fantastic.”