In 1859 Charles Darwin published his monumental work “On the Origin of the Species by Natural Selection” with which he forever shifted our understanding of the creation of life. Darwin’s breakthrough did not lie in the assertion that life has evolved from simple to more sophisticated and specialized organisms, but in outlining the process by which it does so – natural selection. He argued that nature evolves by a series of tiny mutations from one generation to the next; random changes in form.  Only those changes that result in a more functional adaptation to their environment survive for they give the organism or animal which hosts them advantage over those with which it might compete for survival. Thus the photo-synthesizing cyanobacteria that emerged three billion years ago from the primordial soup has become homo creator, the first species to circumvent the lengthy process of adaptation by natural selection in favor of the much quicker process of adapting our environment to suit our needs and limitations.

END_OF_DOCUMENT_TOKEN_TO_BE_REPLACED

You might say that we wandered out of Eden some 80,000 years ago. Our Homo Sapiens ancestors lived in small bands in caves along the coast of southern Africa where they had been pushed by a warming trend. Mega-drought in Africa drove them almost to extinction, leaving, some researchers say, just a few thousand people surviving. It may be that stress triggered a dramatic shift in human capacity – for at some point our already powerful brains took the leap to symbolic thinking. Language and design followed closely. Not that humans hadn’t communicated before or created remarkable artifacts. Our new capacity for symbolic thinking allowed us to create connections between objects and constructs of our own invention, ideas, laws and stories that we organize our social life around.  Symbolic thinking opened the door to the ultimate tool in the human tool-chest – our fertile, restless and limitless imaginations. Not just any old imagination, but one that is constantly seeking to organize the world into new forms and structures that fit the contours of the human mind.

END_OF_DOCUMENT_TOKEN_TO_BE_REPLACED

In the beginning God created the heavens and the earth. Now the earth was formless and empty, darkness was over the surface of the deep, and the Spirit of God was hovering over the waters.

Look around you. Everything you see has been designed. The book, or tablet you’re holding. The table you’re sitting at. The chair you’re sitting on. The room, or the patio, or the cafe, you’re sitting in was conceived by someone before it was made just the way it is. Every little thing in it was designed – it’s purpose was considered. It’s function was contrived. It’s materials, colors and textures were composed. Was the tree you see through the window designed? With it’s majestic trunk, reaching branches, gnarly bark and chlorophyll green leaves? It may have been nature’s own at one time. But the hybrid species you see, where it was placed in the garden, and the garden it was placed in, was designed – a kaleidoscope of color or a drought tolerant homage to a planet heading into a warming trend. Your aging cat curled up at your feet? He was designed over generations of breeding, formed to be a domesticated companion, good for keeping mice under control and warm your lap on cold nights.

END_OF_DOCUMENT_TOKEN_TO_BE_REPLACED

Listening to this podcast brought a smile to my face as I did my daily bike ride through Tilden Park this morning. It was a crisp, beautiful San Francisco spring day and I was feeling good because I just got the first section of my book on why design really matters off for review.

Lots of things matter. The built environment matters. Business matters. Education matters. Universal health coverage matters. Access to my favorite podcasts matters. But the way all these things are embodied in the world so that they are coherent, purposeful, useful, life affirming and have integrity and don’t cancel each other out – matters to me more than anything else. Coherent embodiment of ideas – that’s design.

So the reason the podcast about the design of the new University of California logo brought a smile to my face is because it affirmed this. Its a simple and well told story about the University of California’s attempt to introduce a logo representing the entire UC system – which it never had before. Yet it got caught up in a firestorm of public opinion that eventually resulted in it’s being withdrawn. The Lieutenant Governor of California, Gavin Newson even weighed in on making sure of that. You may say that a logo is a relatively trivial piece of the world, yet the passion with which people – proponents and detractors bring to it, is what makes me smile.

The possibility of having a public dialog that is directed at making each part of the world we make a little better is what makes me smile as I ride my bike. The possibility of raising our cultural awareness and engagement in design, and to improve the quality of this process of designing is what gets me up every morning.

END_OF_DOCUMENT_TOKEN_TO_BE_REPLACED 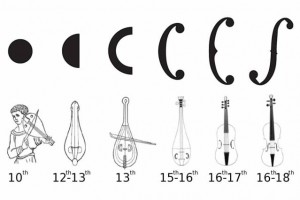